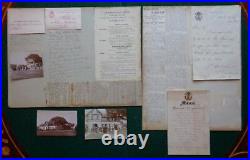 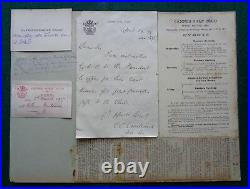 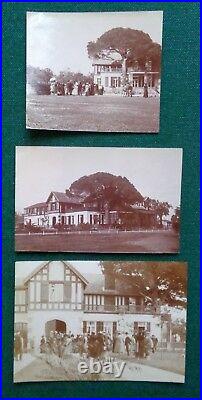 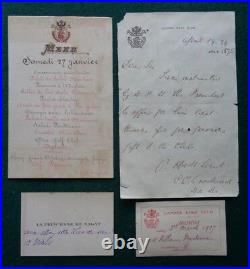 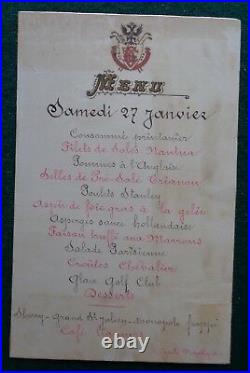 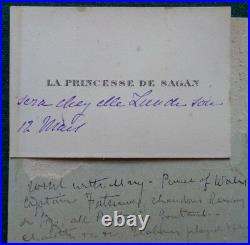 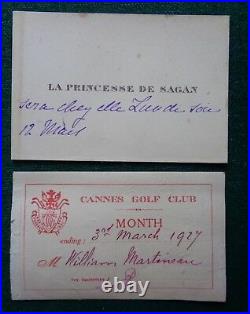 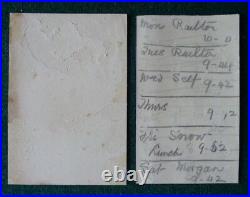 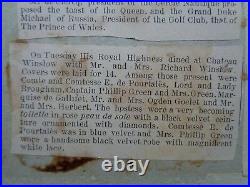 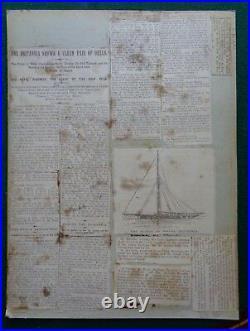 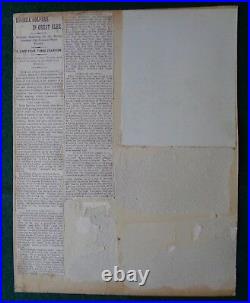 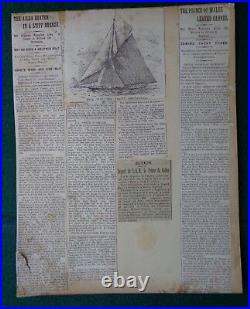 Bibelotslondon Ltd is a UK registered company based in London Bridge dealing in ephemera and curiosities from Britain and around the world. Our diverse inventory is carefully chosen and constantly evolving.

We work very hard to offer the highest quality works at competitive prices. Our inventory is listed online, and we strive to keep our website completely up to date, so our customers can easily check availability. We believe in offering clients items that are unique and rare for aficionados of the antique and collector's world. Bibelot is a late nineteenth century word derived from the French word bel'beautiful', meaning a small item of beauty, curiosity or interest.

The word ephemera is derived from the sixteenth century Greek word ephmera meaning a printed or hand written paper not meant to be retained for a long period of time. Fine and interesting collection of antique items related to The Cannes Golf Club, now known as The Mandelieu Golf Club in Cannes. There is an attractive menu printed in gold, red and black with the imperial Russian double headed eagle for Dinner held in the Circle Nautique dated simply as 27th January but circa 1895. There are three original antique photos of the Opening of the Club in 1890 with Sir Richard Lawson on the right hand side. There is also a letter on printed stationery of The Cannes Golf Club signed by the Honorary Secretary C.

Woodward, thanking the Winslow's for a generous gift to the club. There is also a Cannes Golf Club Membership Card for March 1927, given to Sir William Martineau of Kinckraig Castle in Scotland. The album pages included have newspaper cuttings related to the Gold Club and prizes given etc. From the collection of Richard and Mary Winslow, American aristocrats who had the Villa Winslow in Cannes during the 1890s and were friends with aristocrats and royals from all over the world. Mary was a great beauty and had by family tradition once been a mistress of the Prince of Wales, later King Edward VII. Her father Charles was a lawyer and member elect of the 38th Congress of the USA. Her mother was Ellen Elizabeth nee Hulings. They married on the Isle of Wight in 1883. Richard lied about his age on the wedding certificate and passed himself off as a younger man by 6yrs! They had two children who died in infancy. It is the oldest golf courset in the Alpes-Maritime, created by Grand Duke Michael Mikhailovich, and modelled on St Andrews Golf Course in Scotland. Grand Duke Michael and his wife Countess Sophie von Merenberg, Countess Torby, learned how to play golf at North Berwick, a famous Scottish seaside resort on the Fife Coast. They were fascinated by this new game but also by the natural beauty of the different courses. Back on the Riviera, he bought a piece of land near Cannes and built a course there. For the 1892/1893 season, the Cannes Golf Club opened the 9 hole Old Course. For a few years, the couple only spent the winter there but by 1899, they decided to settle there for a longer period. Very quickly, this winter paradise became the rendezvous of European aristocracy.

The Prince of Wales future King Edward VII, passionate about golf came to play. In 1905, Pierre Lafitte published an article in his magazine Life in Grand Air: Golf de Cannes is one of the most delightful sports corners of France... Here it is mild in January and February.

The sun does not cook too much and, under the blue of the sky, the promenade of the golfers is delicious. They come from all countries. French, Americans and English meet every morning on the links, and fraternize in the love of the same sport. Album Page Size: 35 x 27.5 cm approx.

Photos form part of the description. This item is in the category "Collectables\Historical Memorabilia\Royalty Collectables".

The seller is "bibelotslondon" and is located in this country: GB. This item can be shipped worldwide.