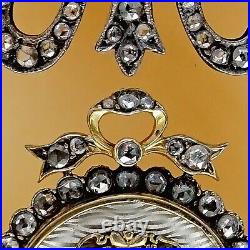 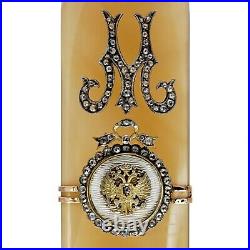 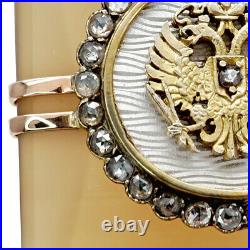 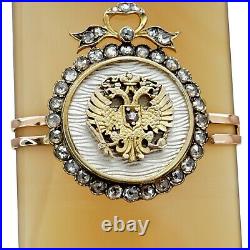 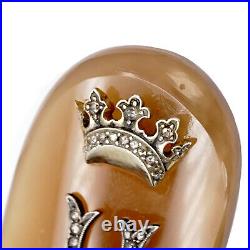 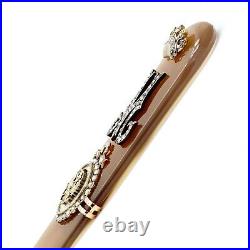 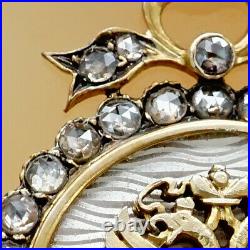 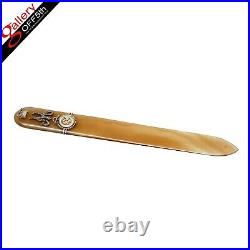 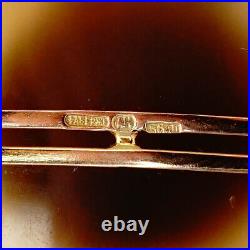 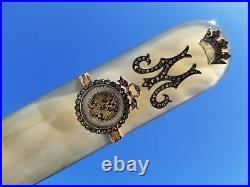 For your consideration is an exceedingly rare, 1900c. Unlike the more common Jade green Nephrite blades, this natural opalescent Siberian agate blade is truly a one of a kind masterpiece.

Altogether, a total of 102 old mine cut diamonds are noted. Also known as the Empress Consort of Russia, she was the second daughter of Christian IX of Denmark and Louise of Hesse-Kassel. Her eldest sister was Queen Alexandra of the United Kingdom, great-grandmother of the current monarch Elizabeth II. After her marriage to Alexander III of Russia, she became the Empress Consort of Russia as Maria Feodorovna Cyrillic:Map?? Among her children was the last Russian monarch, the Emperor Nicholas II, whom she outlived by ten years.

This Faberge letter opener is likely not attributed to Albert Holmström because the Faberge workmaster makers mark AH is paired with the St. Petersburg 56 gold zolotnik mark (Russian Imperial gold standard for 14K) with Cyrillic initials?? Because the use of the Russian 56??

Gold mark was discontinued in 1903, the same year of August Holmström's death, it is highly likely that this Faberge objet d'art can be attributed to elder August Holmström with near 100 percent certainty. There are no hard and fast rules regarding the marks of the House of Fabergé. Petersburg, Fabergé in Cyrillic script was used, although the initials KF in Cyrillic were used on smaller items. In the case of this particular paperknife, the backside of the double banded gold collar is marked Fabergé in Cyrillic??????? Mark for 14K gold (Right).

It appears to be unique in the Fabergé genre that the same mark AH was used by two generations of qualified workmasters, and needs to be considered when dating this piece. Examples of their work are the 1892 Diamond Trellis Egg (2011 McFerrin Collection), and the 1896 Lilies of the Valley Basket (Matilda Geddings Gray Collection) and under Albert's leadership, the 1913 Winter Egg (private collection) and 1914 Mosaic Egg (British Royal Collection).

It blossomed under his son Carl Fabergé who took over the St. Petersburg family jewelry business in 1872.

This item is in the category "Collectibles\Pens & Writing Instruments\Desktop Items\Letter Openers". The seller is "galleryoff5th" and is located in this country: US. This item can be shipped worldwide.