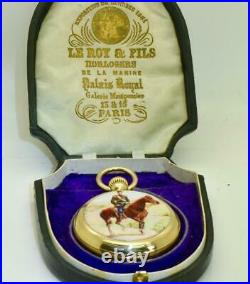 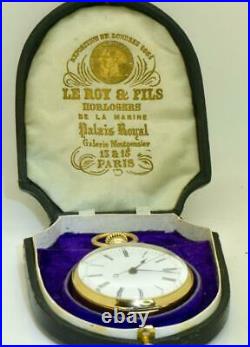 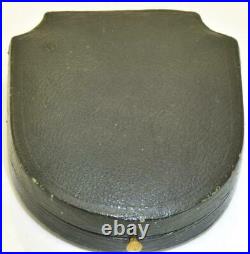 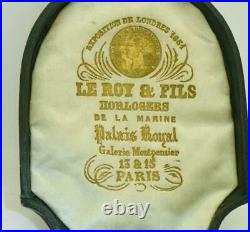 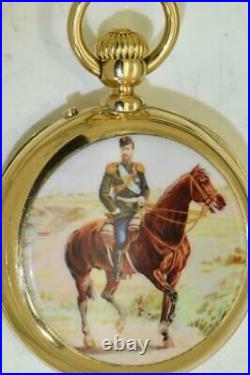 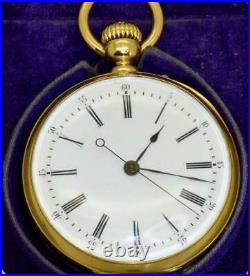 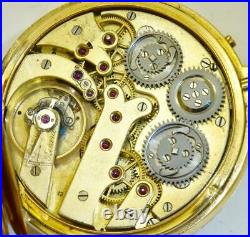 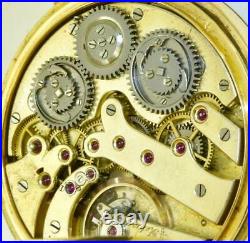 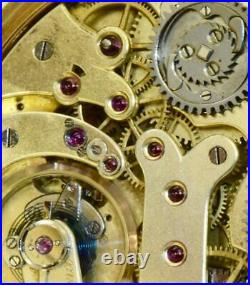 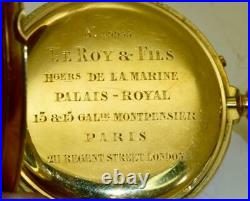 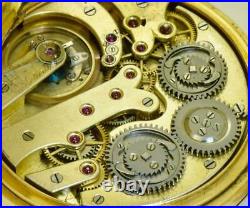 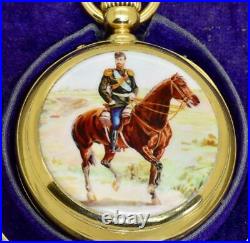 Imperial Russian award LeRoy Two Train & Independent Dead-second 18k gold watch. This unique watch has been made specially for the Cabinet of Tsar Nicholas II and has been awarded by Tsar to the Captain of the Imperial Yacht Standart Captain Zelenetsky. The watch comes from Captain Zelenetsky's family estate. The watch comes with the original luxury morocco leather presentation case signed LeRoy&Fils, Paris and decorated with the Grand-Prix medals. This unique watch has a solid heavy 18k gold case, depicting enamelled portrait of Tsar Nicholas II riding his horse in the uniform of the Nizhny Novgorod Dragoon Regiment.

A Seconde Morte works like quartz and jump between two indications. The first watch with dead second was designed in 1754 by Jean Romilly. A forerunner of the chronograph. Its second hand could be stopped to measure time intervals.

Yet, this required stopping the movement too. In 1776, to overcome this, Jean Moise Pouzait worked on an independent dead second watch which featured two gear trains but which was still lacking the return-to-zero function that would eventually lead to the chronograph. This watch also has a semi-chronograph function.

The dead beat second hand can be stoped on demand by the button from the crown, so a very precision time can be measured. The watch is very impressive-105g heavy in 18k gold! Auctiva offers Free Image Hosting and Editing. The item "Imperial Russian award LeRoy Two Train & Independent Dead-second 18k gold watch" is in sale since Monday, December 28, 2020. This item is in the category "Jewelry & Watches\Watches, Parts & Accessories\Watches\Pocket Watches".