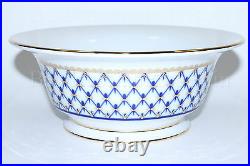 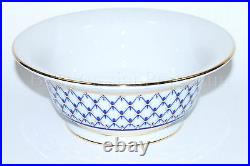 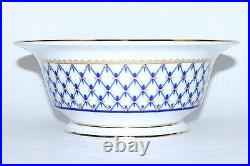 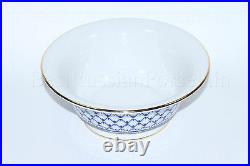 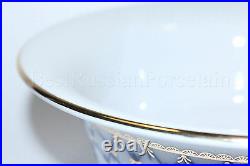 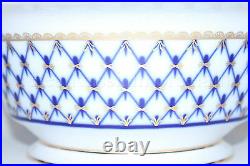 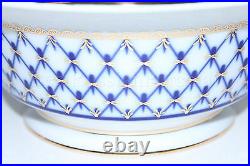 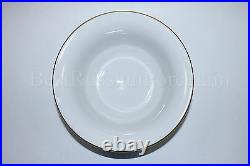 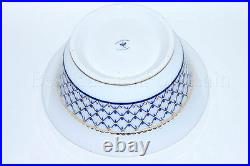 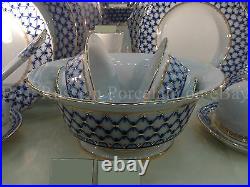 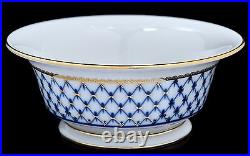 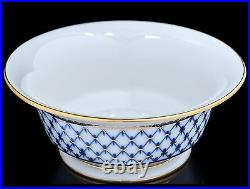 Salad Dish BIG 6 persons " Cobalt Net", Porcelain Hard, NEW. The item is HAND PAINTED and has a stamp of the factory on the bottom. Dear customers, visit our store, please.

The decor is made based on a service list "Own", the Russian porcelain made by the founder Dmitry Vinogradov in the middle of the XVIII century for the brilliant empress Elizabeth Petrovna. The history of Imperial porcelain factory is inseparably linked with history of Russia, and its production the Russian art porcelain is presented in collections of the largest museums of the world.

Some details of decor are hand-painted so they can differ in colors as they are done by different masters. We are ready to answer all your questions. Thank you for your interest!

Salad Dish BIG 6 persons. About, The Imperial(Lomonosov) Porcelain Factory. The history of one of the oldest European porcelain ware manufacturers dates back to the 18th century, when according to the edict of the daughter of Peter the Great Empress Elizabeth the Imperial Porcelain Factory was established. Thanks to the talented Russian chemist, the inventor of Russian hard-paste porcelain Dmitry Ivanovich Vinogradov the secret of white gold production was unlocked. For the first time in history of ceramics Vinogradov presented the scientific description of porcelain production thereby enabling manufacturing of high quality porcelain ware out of domestic raw materials.

What especially makes The Imperial Porcelain Factory that famous is the production of magnificent table sets that started during the reign of Catherin the Great. Catherin porcelain was recognized as a piece of art together with canvases and sculptures of prominent masters.