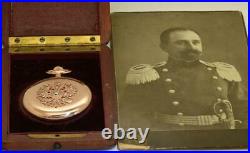 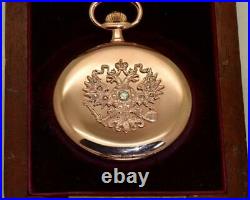 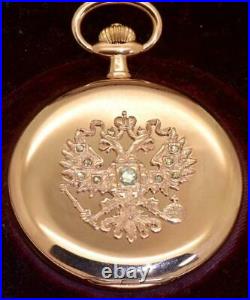 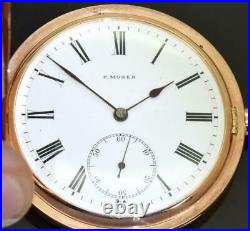 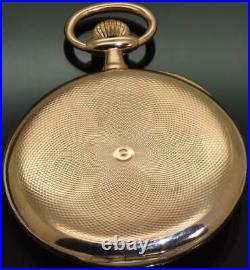 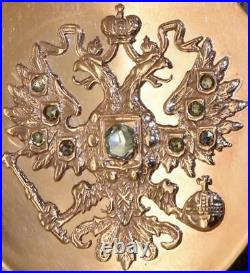 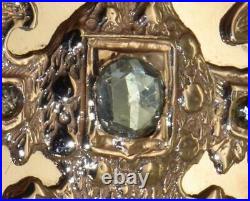 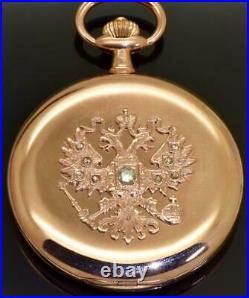 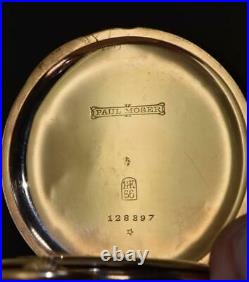 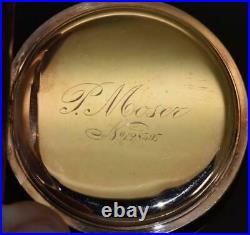 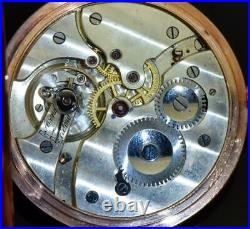 Unique Imperial Russian 14k gold&Diamonds Moser pocket watch awarded by Tsar. The watch has been awarded personally by Tsar Nicholas II to the navy boatswain officer Kondratiy Ryzov. A personal watch awarded by the Russian Emperor was considered for the highest rank prize ever in the Russian Empire. The award watches was with the same status as the order and medals in the Russian army. The watch comes from the Ryzov's family estate together with his real CDV card photo.

Kondratiy Ryzov and his family escaped the communist revolution c 1917 and emigrated to Greece, and later to Bulgaria. He continued his military career in the Bulgarian Roayla army. This is much more than a watch-this is a piece of the history! Moser watch maker was the official supplier to the Imperial Russian Court.

This item is in the category "Jewelry & Watches\Watches, Parts & Accessories\Watches\Pocket Watches". The seller is "riaerica2000" and is located in Sofia. This item can be shipped worldwide.